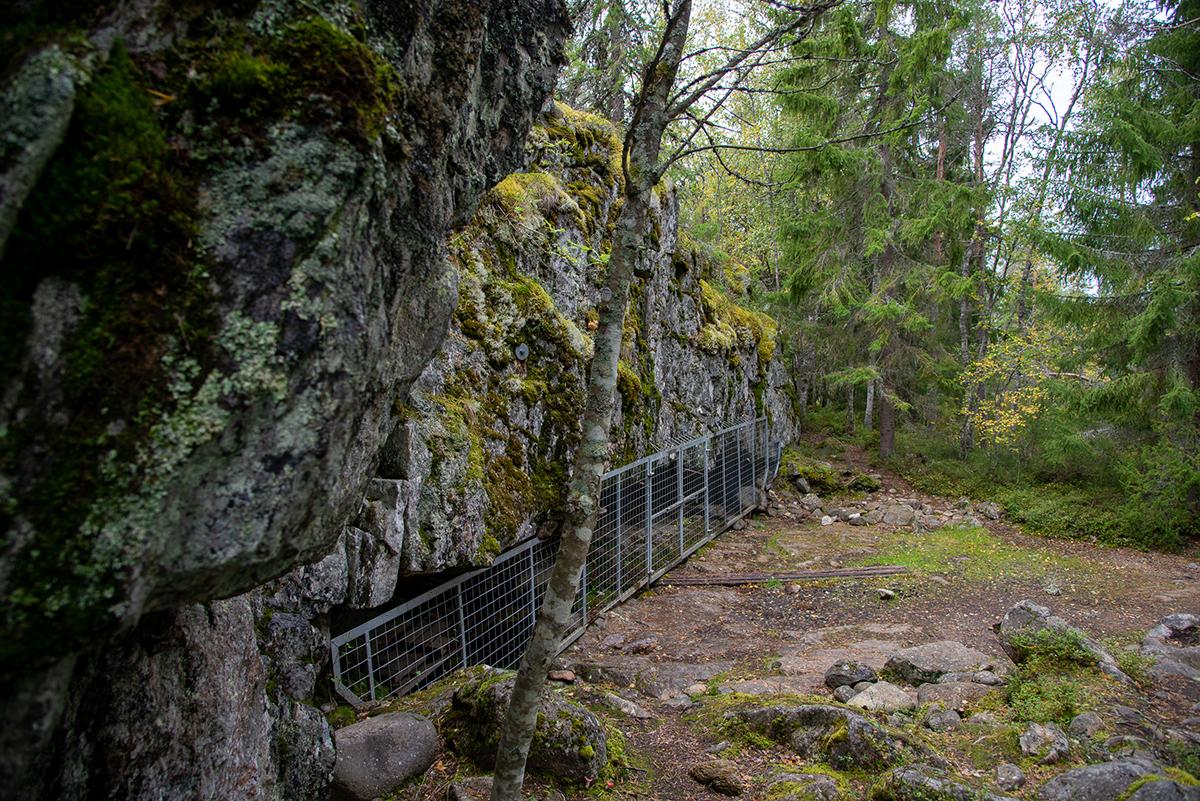 The Susiluola cave is a unique attraction, as there is nothing quite like it in the Nordic countries. According to current information, the cave is the only place on Earth where signs of human life have been found in a place that was later covered by the continental glacier during the Ice Age. The Susiluola cave is also the oldest known human habitat in all of Northern Europe. The famous Susiluola cave is a fun place to hike not only because of the interesting cave, but also because of the beautiful nature. The paths to the cave are difficult to access in some places. Near the cave, there is a stone field, a hut, and latrines. The terrain surrounding the Susiluola cave is full of signs of the ice age, and the cave itself is the oldest known residence in Finland. The Susiluola cave and the surrounding nature tell their story from thousands of years ago. The Susiluola cave is a large horizontal gap in the rock and is named after its location, Susivuori mountain. The cave has been formed as a result of rock erosion, and its age has been estimated at more than 2.6 million years. It is difficult to obtain information on the human presence on Finnish soil in the period before the last ice age. The last ice age usually eliminated all traces of our landscape left during the warmer periods between even the earlier ice ages. However, the Susiluola cave is a kind of pocket that has not been affected by the last ice age. This is why the cave is a particularly valuable research target. Traces of human activity have been found on the layers of the Susiluola cave, such as stone tools and the flakes formed in their manufacture, as well as old campfire foundations. Based on the placement strata of the findings and the age of the pollen, it is estimated that they are between 74,000 and 132,000 years old. Based on the findings and age determinations, it is likely that a Neanderthal resided in the cave. From in front of the cave, a rocky, difficult path leads to the top of Susivuori, where the observation tower of Susivuori is located. The Susivuori mountain area and the Susiluola cave are one of the Lauhanvuori- Hämeenkangas Geopark destinations.

The Susivuori terrain is difficult to access in some places. See more on the Lauhanvuori-Hämeenkangas Geopark site. 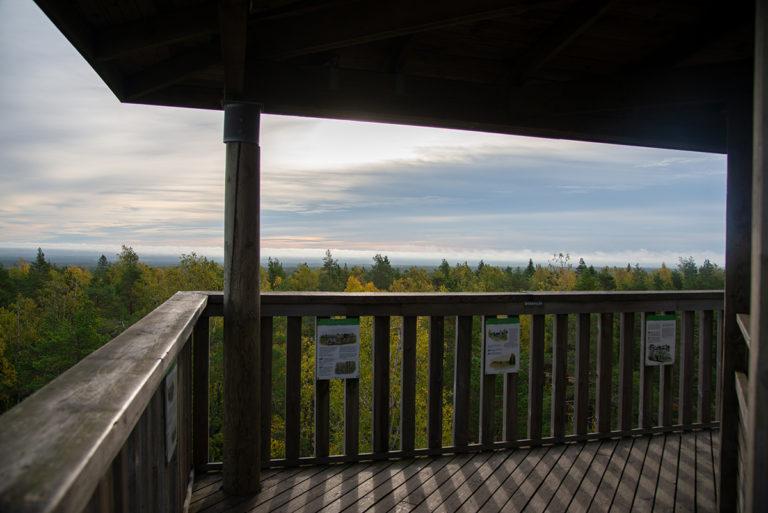 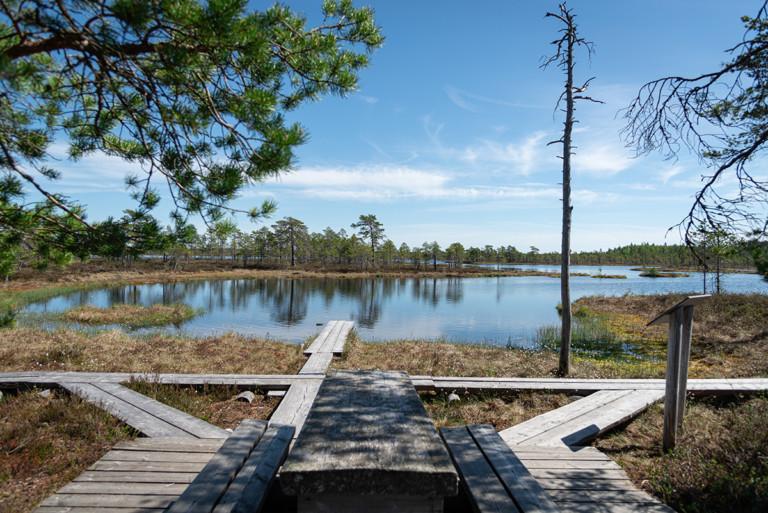 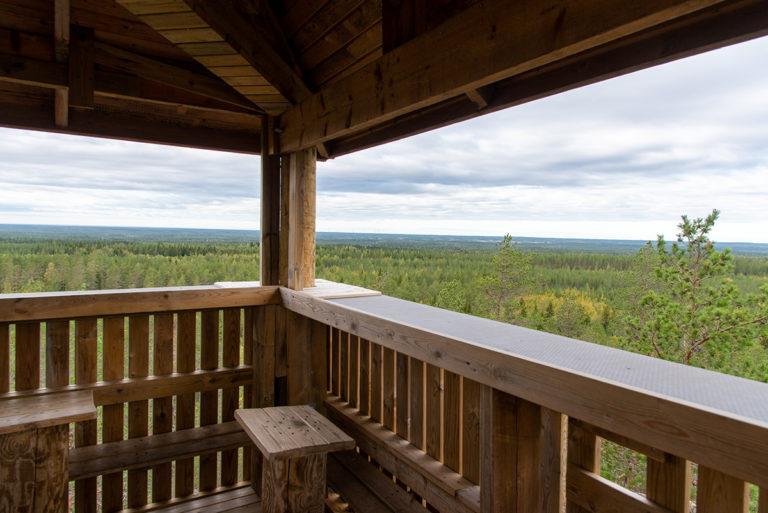